Terry's Mokuhanga and work as a Mokuhanga Artist "I work with the traditional Japanese woodblock print technique - "Mokuhanga". Since childhood I've loved all kinds of art and making creative... 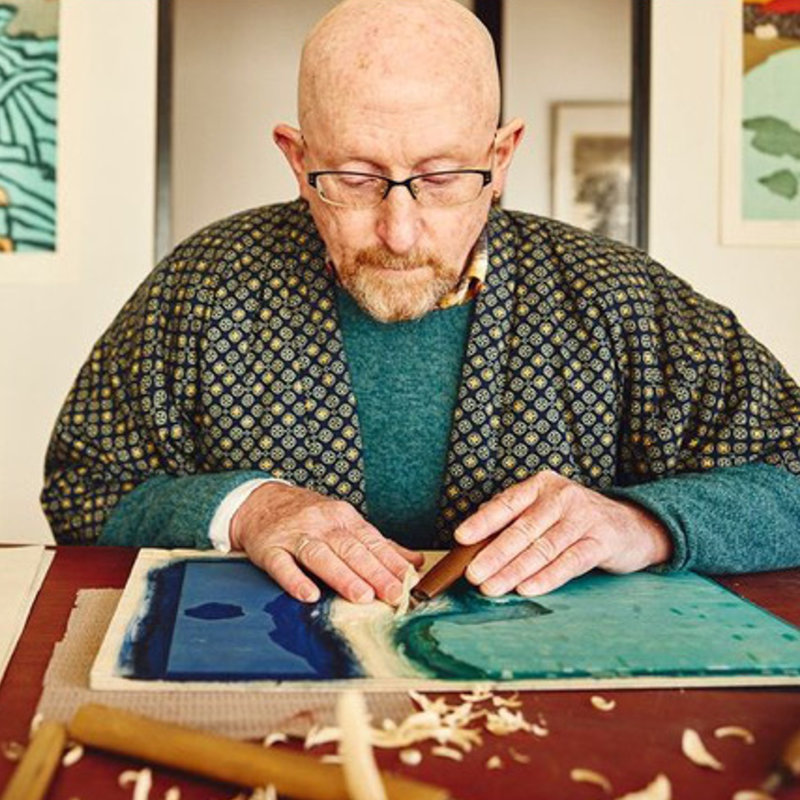 The Karuizawa Mokuhanga School is run by Terry McKenna, professional mokuhanga artist. Based in Karuizawa, Nagano, Japan, Terry also returns regularly to Australia and New Zealand to teach his popular workshops there. Terry has held numerous solo and group exhibitions since 1996, won awards, and has also been involved in community arts initiatives, writing reviews of other artist's work for newspapers and managed and taught at an arts facility for people with disabilities for 10 years while living in New Zealand

From 2014 to 2018 Terry ran the Australian Mokuhanga School, teaching workshops throughout Australia and New Zealand. More than a thousand people attended his workshops in that time and many hundreds of people of all ages were able to experience printing mokuhanga in his school and festival workshops. He has also led highly successful tours to Kyoto for the last several years. He has made it his mission to pass on the skills he had learned to a wide range of people, and continues to do so from Japan.

"I have been concentrating on producing woodblock prints since 2006, and inevitably became inspired by the richness of Japanese woodblock prints which are rightly world famous. I love the marriage of art and craft that is needed to produce mokuhanga. I feel excited to be involved in such a historic and amazing technique, and love the inherent beauty of the tools, materials and finished prints. I'm fortunate to be able to live in Japan, surrounded by professional resources and inspiration."

Originally trained in oil painting, Terry has a Masters Degree in Fine Arts as well as many years experience tutoring art media to people of all abilities and walks of life in New Zealand, Australia, Japan and even recently in Singapore..

You can find full information about Terry's work and art career in this section, as well as buy his original prints direct from our online shop.